The Child's Play series has had numerous scenes deleted over the years due to various reasons such as timing, continuity, and pacing, among other reasons. This article lists every known deleted scene to date.

The original Child's Play film is notable for having many deleted scenes that have never surfaced except for some images and details in the final script. The original cut of the film ran 3 hours long. The 1987 script can be read here.

Charles Lee Ray pinning Mike Norris up against a wall.

Charles Lee Ray kneeling down during the chant.

Andy shows Chucky a train set in his bedroom.

Andy blocks the window with a table.

Karen comforting Andy in his bed. 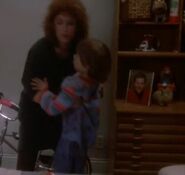 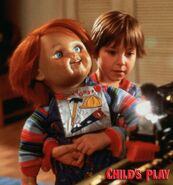 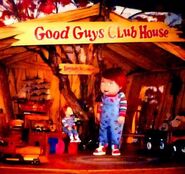 Numerous scenes cut from the original version of the film appear on the USA network's broadcast.

When aired on TV, these scenes were included, though not included in the theatrical release.

The unrated version of the film on DVD includes about one minute of deleted scenes put back in the film.

All deleted scenes are included as bonus features on the DVD.

All deleted scenes are included as bonus features on the DVD.

The film was originally going to be around 2 hours long. However, after a negative test screening the film was cut down. Numerous deleted shots and dialogue can be seen in the trailers and several scenes have leaked online.

Community content is available under CC-BY-SA unless otherwise noted.
Advertisement